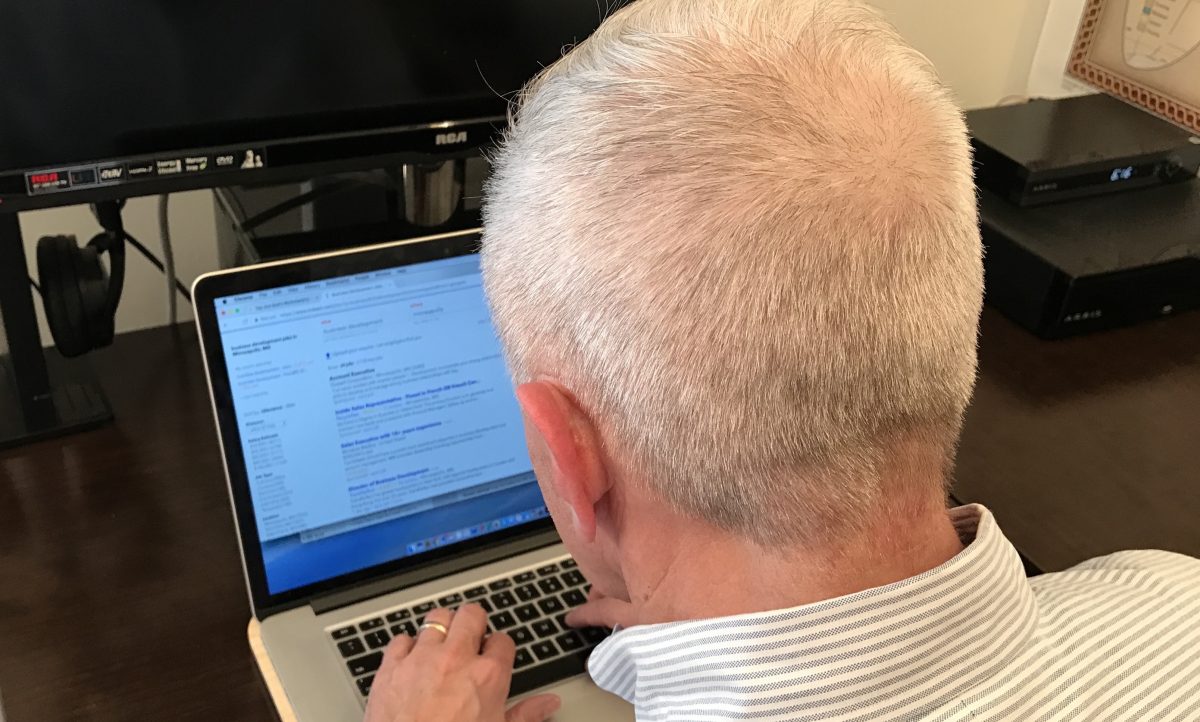 Jeff lost his job and found the God who provides.  His true story from the newly published book, Jehovah-Jireh, begins with this lie echoing in his mind…

They didn’t say it that way, but Jeff knew exactly what they meant. Comments like “I bet a thirty-year-old got that job,” or “Finding a job isn’t easy for people our age,” rolled off their tongues as if it were the gospel truth.

Only he wasn’t retired. He wasn’t a food taster or a bus driver. He was an experienced college-educated business developer. He was also 62. A young 62. Yes, he could probably retire early and move on to the next chapter in his life. He could probably get by financially.

But God knew he wasn’t ready. He enjoyed work, and he knew he had more to contribute to the marketplace. He had new revelation of God’s faithfulness, and he was excited about the next thing God had planned for him. After all these years, he had experience and wisdom that would greatly benefit any employer in his field. He wanted to retire when he was ready; when God was ready to release him into his next assignment, not the world. He wanted to finish well.

The last three years had shaken his faith to the core. Shortly after his 60th birthday, his employer eliminated his position. During the same time, his mother passed away. To top things off, the new job he started was not turning out to be at all what the employer had promised. No matter how hard he worked, the results didn’t come. He sunk into a deep depression for the first time in his life.

He needed the job, but he desperately wanted to walk away. He didn’t care if he ever worked again. He didn’t care about anything. He begged God for release. But God said, “No. You work for me. I am your provider. Stay where you are and give Me your best.”

He wrestled with God.

No, God. I’m really done. Can’t you see? I don’t care anymore. I can’t do this. Morning after morning, he woke up to the same darkness. Release me, God! But instead of providing an escape, God gave him the grace to keep working. He led him to an encouraging doctor who understood situational depression. “This will pass,” she said confidently. She prescribed medication that took the edge off the darkness. While it made no sense to keep working in a toxic environment where he was set up for failure, he devoted himself to giving the Lord his very best in the midst of it.

The results still didn’t come, but God had something better. Through the care and ministry of close believing friends, God revealed that he had allowed a lifetime of work achievements to define his identity and self-worth. Then He spoke a profound life changing truth that hit home: “You are My beloved son, regardless of your earthly failures and successes.” Finally, God released him. The employer let him go.

Over the next six months of healing and restoration, God’s voice became clear again. Yes, He was still calling him to the marketplace. He wasn’t finished with him yet! Only this time, his identity and position were secure in Christ alone. He knew he was a son of God, and no amount of success or failure would alter that fact. He interviewed for many promising opportunities, and each time he learned he was not selected and all the voices said “you’re too old,” a peace surrounded him like he had never known before, a confidence that God’s plans and timing are perfect. “God will provide the right job,” Jeff assured his wife.

Shortly after his 63rd birthday, he became a market sales leader for an established company who needed and valued his experience and wisdom. As he drives each morning the few short miles to corporate headquarters, he is filled with wonder at the faithfulness at the God who rewarded his obedience.

He would indeed finish well. Because God not only provided; He saved His best for last.

For Crossroads Career books about how God provides jobs, careers and His calling to good works, shop our store.