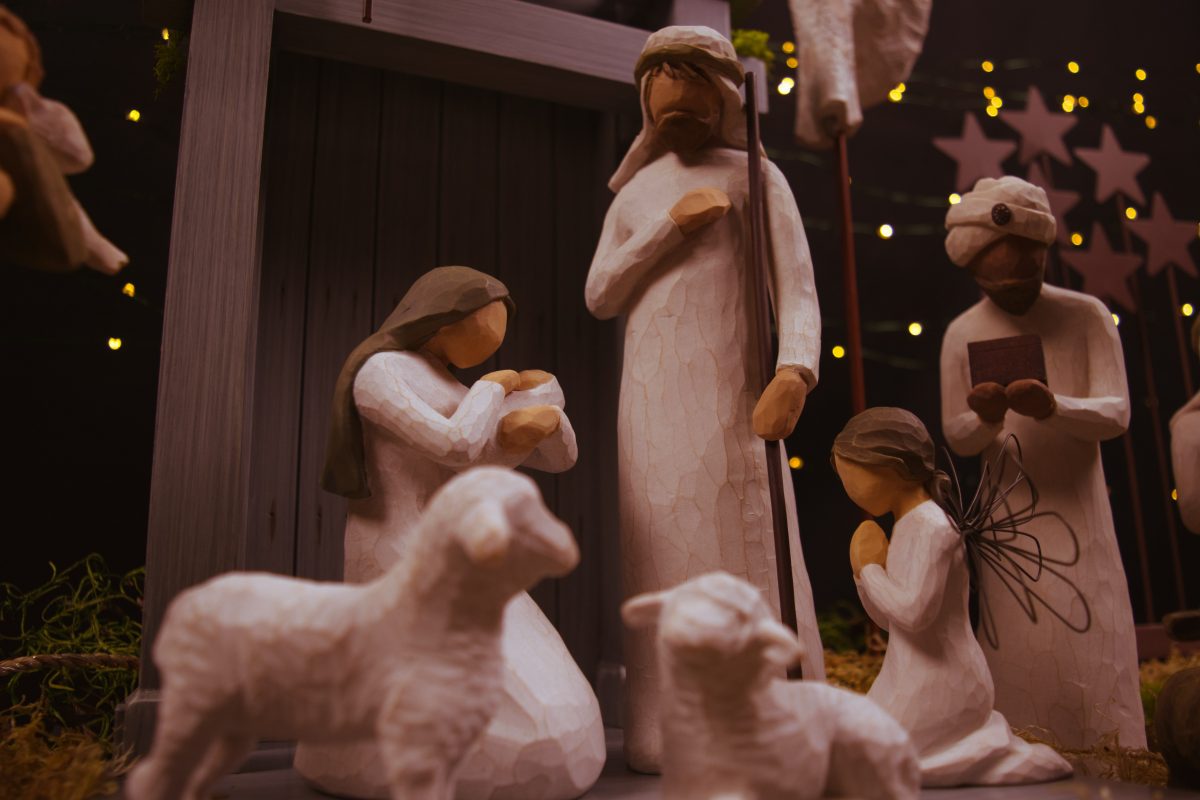 The challenge is, when peace is based on a circumstance, you might only be at peace for a short time. Once you achieve it, there’s no guarantee something else won’t happen to take it away.

True peace is about surrendering to God and letting Him take care of things for us. When we worry, we’re saying, “God, I don’t trust You.”

I don’t know what challenges you are facing in your life today. However, when I think of my own problems, I can start to feel overwhelmed. But God is never overwhelmed. He can handle it all for us. And He always does it far better than we can.

With Christmas just around the corner, have you ever stopped to think about how God brought everything together? How He accomplished His plan at one time, in one place, as He said he would, for the sake of the world?

Predictions we make rarely come to pass. But Jesus’ birth was foretold hundreds of years in advance.

“But you, Bethlehem Ephrathah, though you are small among the clans of Judah, out of you will come for me one who will be ruler over Israel, whose origins are from of old, from ancient times.” Micah 5:2 (750-686 BC)

Therefore the Lord himself will give you a sign: The virgin will conceive and give birth to a son, and will call him Immanuel. Isaiah 7:14 (745-727 BC)

For Jesus to be born in Bethlehem, Joseph and Mary needed to leave Nazareth, where they were living, and go to Bethlehem. So, God orchestrated a census through the Roman governor, which required them to go to where Joseph’s family was from.

And guess what? His family was from Bethlehem!

Since they didn’t have the Internet and newspapers to get the word out, I suspect the decree was written even before Jesus was conceived. It took time.

In those days Caesar Augustus issued a decree that a census should be taken of the entire Roman world. Luke 2:1

The Magi needed to start their journey because you don’t travel from the east to Bethlehem quickly. But God put a star up in the heavens for them to follow.

Magi from the east came to Jerusalem and asked, “Where is the one who has been born King of the Jews? We saw his star when it rose and have come to worship him.” Matthew 2:1-2

Mary was pregnant, ready to deliver, and had to travel about 80 miles, walking or riding on a donkey to Bethlehem. I have no idea how long that journey takes under those conditions, but she did it without delivering early.

The inn needed to be full of people so that no room was available when they arrived.

Someone was assembling the “heavenly hosts,” who were going to proclaim Jesus’ birth to the Shepherds. Have you ever watched a choir prepare for a big performance? It doesn’t happen quickly. It takes time. They might have even held a few practices to be ready to sing the night Jesus was born.

And once He set everything in motion, the most amazing thing happened as planned.

While they were there, the time came for the baby to be born, and she gave birth to her firstborn, a son. She wrapped him in cloths and placed him in a manger, because there was no guest room available for them. Luke 2:6-7.

Then came the announcement to the world from the angel and the heavenly hosts.

An angel of the Lord appeared to them, and the glory of the Lord shone around them, and they were terrified. But the angel said to them, “Do not be afraid. I bring you good news that will cause great joy for all the people. Today in the town of David a Savior has been born to you; he is the Messiah, the Lord. This will be a sign to you: You will find a baby wrapped in cloths and lying in a manger.” Suddenly a great company of the heavenly host appeared with the angel, praising God and saying, “Glory to God in the highest heaven, and on earth peace to those on whom his favor rests.” Luke 2: 9-14

Then the shepherds, after visiting the baby Jesus, did what they were supposed to do. They told the world.

When they had seen him, they spread the word concerning what had been told them about this child, and all who heard it were amazed at what the shepherds said to them. Luke 2: 17-18

If God can do all of this, do you think he can handle whatever problem we have? I do! So, relax, be at peace, and know that God is in control.

This post was originally published on December 17, 2019 on dalekreienkamp.com

Dale Kreienkamp is the President & CEO of Thriving Through Transitions, a consultancy focused on helping individuals and organizations successfully navigate difficult, personal and professional, transitions and become better through the process.  His professional background includes over 40+ years as a Human Resources Executive and Consultant, coaching and guiding leaders. He is a speaker, and the author of How Long, O Lord, How Long? Devotions for the Unemployed and Those Who Love Them, written after he personally experienced a journey of unemployment twice when his positions were eliminated in organizational restructuring.