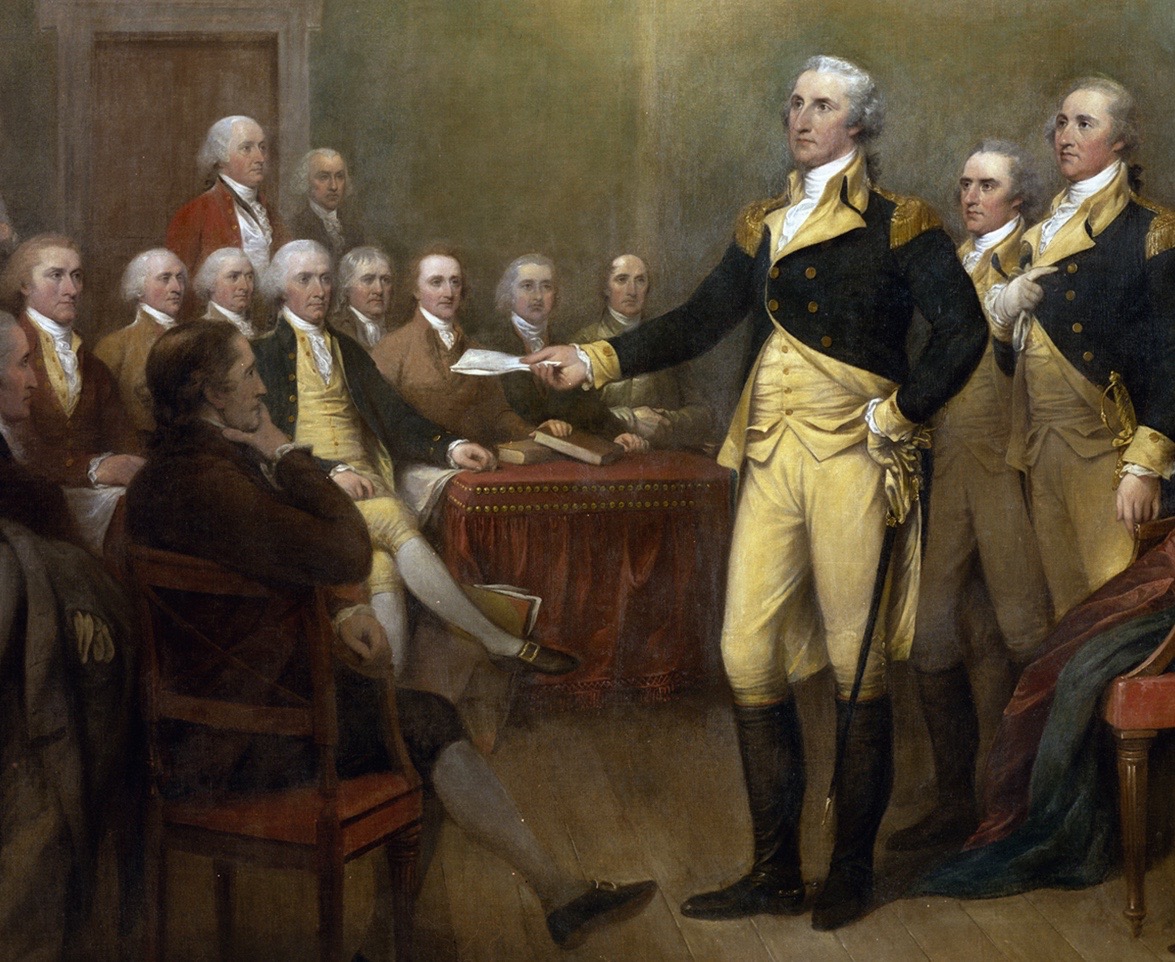 Today my wife Kristy and I are in Washington DC for a 4th of July vacation.

Thursday we toured the U.S. Capital, the seat of the U.S. Congress.  Thanks to Carrie and Mary Elizabeth, interns with U.S. House Rep Robert Aderholt, we were treated to over two hours of guiding and storytelling.

What hit me most at the Capitol was a 12×18 foot painting of General George Washington surrendering his commission as Commander-in-Chief of the Continental Army to Congress on December 23, 1783.  What a great illustration of mastering leadership by submitting.

The man who won independence did not actually sign its declaration.  When the Declaration of Independence was officially adopted on July 4, 1776, Washington was in New York preparing to fight the British again – but this time, not just to defend the colonies, but also birth a new nation.

After winning the revolutionary war, there was a movement to make Washington a king.  Instead, one of the great leaders in American history submitted himself and his military might to a civilian political body representing the people.

Perhaps he gave up his commission and power because there was a greater cause.

After spending a couple of hours today at Washington’s home – Mount Vernon – we came across what looked like a replica of Washington’s pew box in the museum.  I did a little more homework on George Washington and Religion, where I found the following…

I know I am on my own editorial page, but my personal opinion is that George Washington – who won the war for independence – was himself in dependence on God to win the war and lead our new country as its first president.

The mastery of leadership is being a servant who is dependent on God first and foremost.  Washington is a great example of why follow the leader.  For more about Washington, watch the video – Lessons in Leadership – from MountVernon.org.

Who is your favorite leader and why?