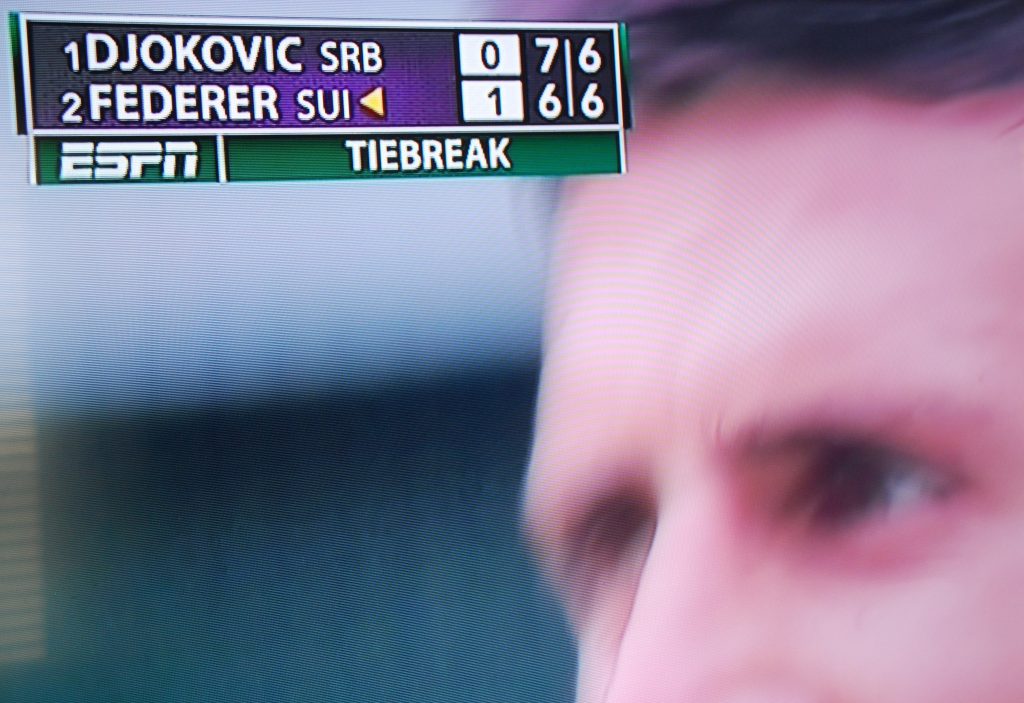 I just finished watching the second set of the 2015 Wimbledon Gentlemen’s Singles Tennis Championship on ESPN:  Federer versus Djokovic. The game score tied at 6 to 6. They are starting the Tie Break. Federer is up by one point. Djokovic is fixed on the next point.

When one wins, the other loses.

The entry list for the men’s championship was 99 names long.  That means one winner, and 98 losers. It’s the nature of games.  It’s true in every sport: baseball, basketball, football, golf, hockey, soccer and tennis.

For athletes, playing their sport is their job and career.  It can even become their identity.  If they win, they are winners.  If they lose… well, you get the idea.

Are you a winner?

Shocking question isn’t it.  Maybe even threatening.  Nobody wants to be a loser, although many feel like it.

You apply for a job along with 200 others.  One person gets the job, 199 don’t.  There is a promotion opportunity.  You are one of three being considered.  Only one of you will get it.  Will you be one of the two who don’t?

Such comparison and competition is hard on the emotions.  It stimulates anger and fear.  Maybe after a string of losses–depression.

It’s the way the world works.

Change your perspective.   Let’s start with the ABC TV sports program that ran 37 seasons from 1961 to 1998.   The opening minute announced…

Spanning the globe to bring you the constant variety of sport…

the thrill of victory… and the agony of defeat…

the human drama of athletic competition…

This is ABC’s Wide World of Sports!

In baseball, 300 is a good batting average.  That means seven outs for every ten times at bat.  Whatever your win-lose record, don’t take it personally.  Your game, work, and performance are not who you are.  They’re what you do.

Play your game.  Work with what works for you.  When young shepherd boy David went up against the much larger, battle-tested Goliath, he turned down the use of sword and shield.  He used a sling and a rock.

Keep getting better.  Play and work with people who are better.  Know your talents and add more skills and knowledge.

This is the way God works.  Let’s look at two sports from a wholly different angle.  Or maybe I should say, a holy point of view.  Consider the verses from 1 Corinthian 9:24-27

Do you not know that those who run in a race all run,

but only one receives the prize?  Run in such a way that you may win.

Everyone who competes in the games exercises self-control in all things.

They then do it to receive a perishable wreath, but we an imperishable.

Therefore I run in such a way, as not without aim;

I box in such a way, as not beating the air; but I discipline my body and make it my slave,

so that, after I have preached to others, I myself will not be disqualified.

Is it possible that God keeps score, but He is using a different point system?  Is He viewing each of us as individuals and communities?  Is His coaching teamwork powered by a different source?

I just wanted to start the discussion.  It’s your turn now.  Would you please reply with comments below?

In the meantime as I am finishing the article, the Wimbledon Championship is over and they are about to make the award.  I just now heard who won this match.

The runner up – Federer – is now praising the winner Djokovic.  While smiling, he proclaimed, “I am still very hungry and motivated to keep playing.”  Me too!  Hope the same for you too.