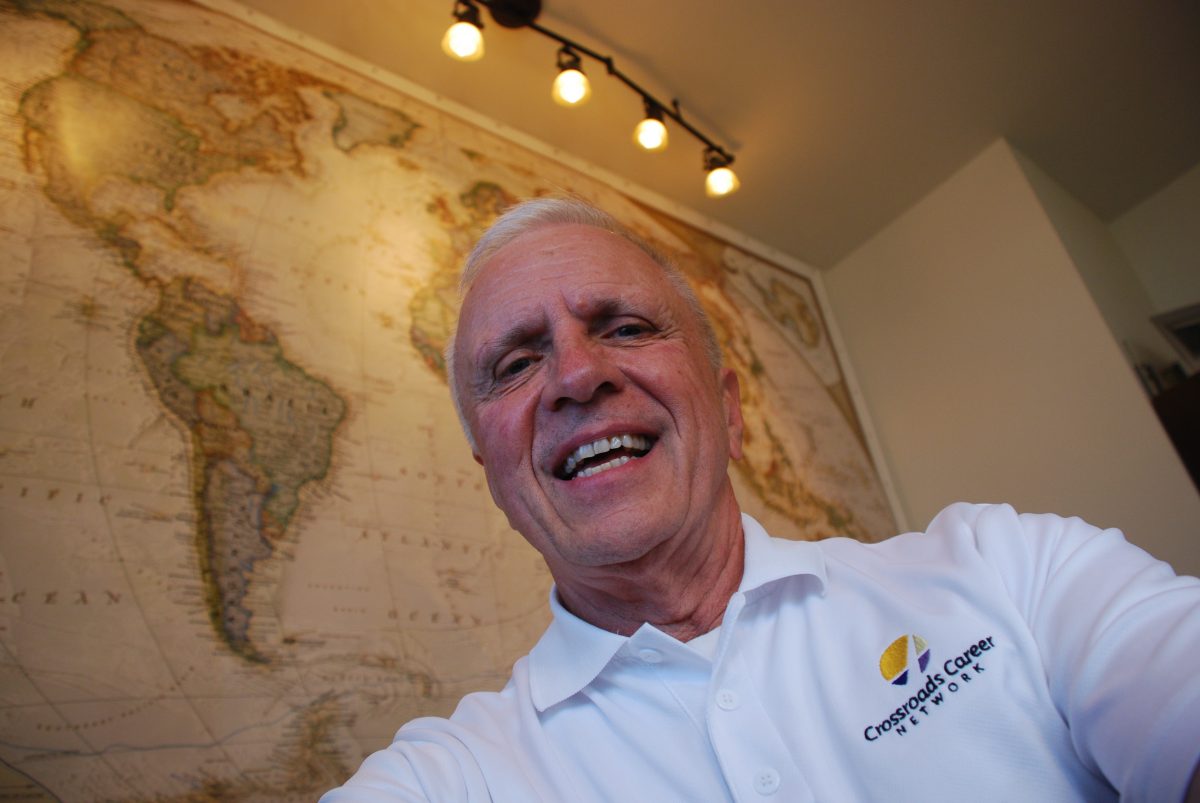 As Crossroads Career ministry moves forward, let’s look back at God’s faithfulness in writing His Story in our history.  The ministry was first birthed in the hearts of three people – Betsy McCall, Whit Blakeley, and Brian Ray.

It was 32 years ago that I joined the Chick-fil-A restaurant chain. The executive committee had recently adopted the corporate purpose…

Glorify God by being a faithful steward

My responsibilities included human resources and operator ventures.  With over 10,000 people inquiring about staff or operator opportunities per year, and only 100 positions available, we had to say “no” 9,900 times while hopefully having a positive influence on everyone.

While I pondered the problem, God planted the seed of an idea in my mind.  Perhaps we could collaborate with other employers. Instead of just saying “no” potential candidates, we could refer them to other career opportunities.  I did not know it at the time, but God was calling me to the work of Crossroads Career, before there was a Crossroads Career.

Fellowship of Companies for Christ

I shared the idea with the board of directors of the Fellowship of Companies for Christ. All thought it a great idea, but not the right time. However, the seed was planted in one of the board members, George Brown.

After I left Chick-fil-A to start my own business in 1987, George called saying, “I just met a couple of people who want to do something like what you said.  May I introduce you to Betsy McCall and Whit Blakeley?”

I remember one of our first meetings around my kitchen table at home. God had not just called me, but also two others. Betsy owned her own staffing business.  Whit ran his own outplacement firm.  Both were coming together to start a new ministry, Crossroads Career Services, to help people find jobs with Christian ministries and companies.

It got a great start with clients, employers, offices, a small staff and board of directors. As a board member, I was very excited about the opportunity, but like many new organizations, we tried to do too much too fast with too little. Things did not go as well as we hoped. We hit the pause button and then stopped.  It looked like the idea was dead.

People started asking to help them find a job or transition in their careers.  Once again, the Chick-fil-A purpose to glorify God and have a positive influence played in my head.  We started ministering one-on-one, and then small groups, to give them counsel, contacts and encouragement.

I asked and got permission from Betsy and Whit to use the Crossroads Career name to identify that the help we were offering was about ministry, not business.  Every Monday before work, we had people around the table helping and praying for one another.

The ministry grew, and we ran out of room in our Primus offices.  The idea of meeting in my church came to mind, so I asked one of the pastors.

In 1997 the first Crossroads Career ministry meeting in a church began on a Thursday night. Four volunteers (Jo-Ellen Langmack, Emma and John Morris, and myself) hosted three guests.  It was an awesome meeting.  Every month, more people came.  A friend of Jo-Ellen volunteered – Tom Darrow – who proposed and organized a career conference. Tammy Joyner from the Atlanta Journal Constitution, attended and reported…

The best part of the conference was, however, not reported in the press.  After the conference, volunteer Laimon Godel walked down the aisle of the empty sanctuary with a tall, well-dressed, silver-haired executive, who was crying.  He had just accepted Christ, and joyful tears were running down his face.

Other churches became interested.  Volunteer leader Bill Ginn with the support of Pastor Monte Stallins at Wieuca Road Baptist asked for help to start a ministry.  So did volunteer leader Rob Snyder supported by Pastor Jerry Schriver from Perimeter Church.  When a fourth church inquired, we thought God might be calling us to develop and launch a network of churches.  But that’s another story for another time.

The point of this story is that God did not call me alone to start Crossroads Career.  He invited a whole community of different people at different times for different roles.

He is still calling.  It’s God’s story in and through us all.

Perhaps you have been a volunteer in the ministry at your church or a person seeking guidance? We’d love to read your part in God’s work in and through Crossroads Career ministry. Please leave a reply below…